The flexibility inherent in work stealing can lead to seemingly irregular computation structures, complicating the study of its runtime behavior. In this talk, I will present an approach to efficiently trace async-finish parallel programs scheduled using work stealing. The perturbation due to tracing is within the variation in the execution time, and the traces are concise, amounting to a few tens of kilobytes per thread in most cases. I will discuss the usefulness of the proposed scheme in supporting algorithms that address various concerns faced by task-parallel programs, such as load balancing, locality optimization, granularity selection, and race detection.

Sriram Krishnamoorthy currently is a research scientist and the System Software and Applications Team Leader in PNNL’s High Performance Computing group, where he focuses on parallel programming models, fault tolerance, and compile-time/runtime optimizations for high-performance computing. He has more than 80 peer-reviewed conference and journal publications, receiving Best Paper awards for his publications at the International Conference on High Performance Computing (HiPC’03) and the International Parallel and Distributed Processing Symposium (IPDPS’04). In 2013, he received a U.S. Department of Energy Early Career award. That year, he also earned PNNL’s Ronald L. Brodzinski Award for Early Career Exceptional Achievement. In 2008, he received The Ohio State University’s Outstanding Researcher award. Dr. Krishnamoorthy is a senior member of the Institute of Electrical and Electronics Engineers. He earned his B.E. from the College of Engineering, Guindy (Chennai, India) and M.S. and Ph.D. degrees from The Ohio State University. 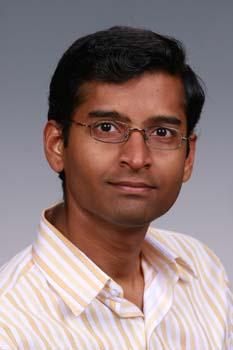