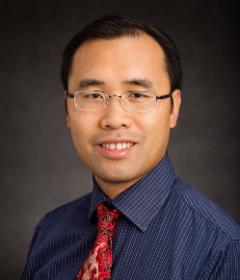 Tao Xie is an Associate Professor and Willett Faculty Scholar in the Department of Computer Science at the University of Illinois at Urbana-Champaign, USA. Before July 2013, he was an Associate Professor in the Department of Computer Science at North Carolina State University. He received his Ph.D. in Computer Science from the University of Washington at Seattle in 2005, advised by David Notkin. Before that, he received an M.S. in Computer Science from the University of Washington in 2002, an M.S. in Computer Science from Peking University in 2000, advised by Hong Mei, and a B.S. in Computer Science from Fudan University in 1997. He has worked as a visiting researcher at Microsoft Research. His research interests are in software engineering, focusing on software testing, program analysis, software analytics, software security, and educational software engineering. He leads the Automated Software Engineering Research Group at Illinois, and is a member of the Programming Languages, Formal Methods, and Software Engineering (PL-FM-SE) area at Illinois. He was an ACM Distinguished Speaker and is an IEEE Computer Society Distinguished Visitor. He is an ACM Distinguished Scientist and an IEEE Senior Member. He has contributed to broad software engineering and computing research communities with extensive professional services. He has served as the ACM SIGSOFT History Liaison in the SIGSOFT Executive Committee as well as a member and the SGB Liaison of the ACM History Committee. He received a National Science Foundation Faculty Early Career Development (CAREER) Award in 2009. He received a 2014 Google Faculty Research Award, a 2011 Microsoft Research Software Engineering Innovation Foundation (SEIF) Award, 2007 and 2013 Microsoft Research Awards, 2008, 2009, and 2010 IBM Faculty Awards, and a 2008 IBM Jazz Innovation Award. He received 2010 North Carolina State University Sigma Xi Faculty Research Award (the only faculty member in the university receiving this award in 2010). He was among ten faculty members in the College of Engineering at Illinois selected as Donald Biggar Willett Scholars for 2015. He received the IEEE Software Best Software Engineering in Practice (SEIP) Paper Award at ICSE 2013, the ASE 2009 Best Paper Award, and an ACM SIGSOFT Distinguished Paper Award. His research has been supported by NSF, NIST, ARO, Google, IBM, Microsoft Research, Fujitsu Lab, and ABB Research. He is an Associate Editor of the IEEE Transactions on Software Engineering (TSE) and the ACM Transactions on Internet Technology (TOIT), an Advisory Board Member of the IEEE Software Magazine, and a Leading Editor of the Journal of Computer Science and Technology (JCST). He was Program Co-Chair of 2009 IEEE International Conference on Software Maintenance (ICSM) and Program Co-Chair of 2011 and 2012 International Working Conference on Mining Software Repositories (MSR). He is the Program Chair of 2015 International Symposium on Software Testing and Analysis (ISSTA). He has served on program committees of various major conferences, such as ICSE, FSE, ISSTA, OOPSLA, ASE, WWW, and IEEE S&P (Oakland).