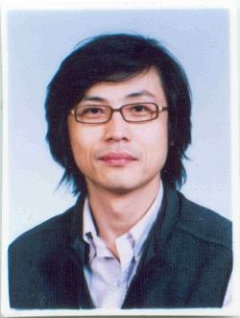 ​Sam H.(Hyuk) Noh received the BS degree in computer ​engineering from the Seoul National University,​ ​Seoul, Korea, in 1986, and the PhD degree​ from the Department of Computer Science,​ ​University of Maryland, College Park, MD, in​ ​1993. He held a visiting faculty position at the​ George​ ​Washington University,Washington, DC,​ ​from 1993 to 1994 before joining HongIk University,​ ​Seoul, Korea, where he wasa professor​ ​in the School of Computer and Information Engineering until the Spring of 2015.​ Starting from the Fall of 2015 he joined the School of Electrical and Computer Engineering at UNIST (Ulsan National Institute of Science and Technology) where he is a Professor. ​From August 2001 to August 2002, he​ ​was also a visiting associate professor with the University of Maryland​ ​Institute of Advanced Computer Studies (UMIACS), College Park, MD​. He has served as General Chair, Program Chair, and Program Committee Member on a number of technical conferences and workshops including the ACM Operating Systems Design and Implementation (OSDI: 2016), ACM Architectural Support for Programming Languages and Operating Systems (ASPLOS: 2016), USENIX HotStorage (2016, 2015), USENIX Conference on File and Storage Technologies (FAST: 2016, 2105, 2014, 2013), ACM SIGPLAN Conference on Languages, Compilers, and Tools for Embedded Systems (LCTES: 2015)​, IEEE International Conference on Parallel and Distributed Systems (ICPADS: 2013), ​​ ​and International World Wide Web (WWW: 2003)​ ​Conference​. He also serves as Associate Editor​ of the ACM Transactions on Storage​. ​His current research interests include operating system issues pertaining​ ​to embedded/computer systems with a focus on the use of new memory technologies such as flash memory and persistent memory. He is a member of the ACM, IEEE,​ ​USENIX, and KIISE.