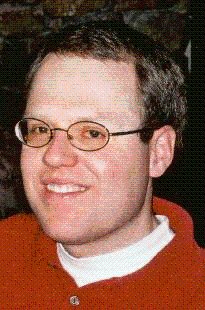 I started studying computer science at the RWTH Aachen in 1989. I spent the academic year 1992/93 as an Erasmus exchange student at the University of Kent at Canterbury. I graduated in Aachen in June 1995, writing a dissertation about semantics of functional programs. From August 1995 to May 2000 I was employed as research & teaching assistant at the Lehrstuhl für Informatik II at the RWTH Aachen. There I obtained my PhD with a thesis about type-based deforestation of functional programs. Afterwards I came to the University of York as a research associate. Together with Colin Runciman and Malcolm Wallace I developed the Haskell tracer Hat. In 2002 I became a teaching fellow in York. In 2004 I became lecturer at the University of Kent.