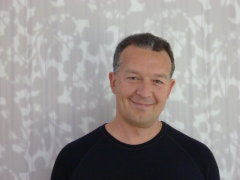 Bio: I am a Google Fellow, and the VP of Engineering for the Geo Platform team, the group responsible for collecting and curating maps, local and imagery data that powers our consumer products (such as Google Search and Google Maps). My technical interests that range from distributed systems software to the design of Google’s computing platform. While at Google I have co-authored some well-cited articles on warehouse-scale computing, energy proportionality and storage system reliability. I also co-wrote “The Datacenter as a Computer”, the first textbook to describe the architecture of warehouse-scale computing systems, now in its 2nd edition. I was previously a member of the research staff at Digital Equipment Corporation and Compaq, where our group did some of the pioneering research on modern multi-core architectures. Some of those multi-core processors also use variants of the ring-based cache-coherency interconnects that were the subject of my doctoral research.

I am a Fellow of the Association for Computing Machinery (ACM) and the American Association for the Advancement of Science. I was the program chair of ACM ISCA’09, a keynote speaker at FCRC’11, SIGMOD’10, ASPLOS’09, and a National Academy of Engineering Gilbreth Lectureship awardee in 2012. I am currently serving at the National Academies’ Computer Science and Telecommunications Board. I hold B.S. and M.S. degrees in Electrical Engineering from the Pontifícia Universidade Católica of Rio de Janeiro, and a Ph.D. in Computer Engineering from the University of Southern California.