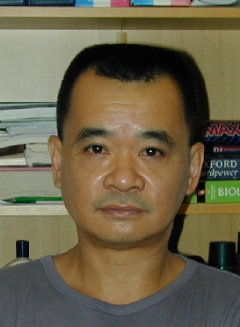 Joxan Jaffar received his B.Sc.(Hons, 1st class) and M.Sc. from Melbourne University in 1979 and 1981, and his Ph.D. from Monash University in 1985. From 1982 through 1986, he was a Lecturer in Monash, and from 1986 through 1995, he was a Research Staff Member and Project Leader in the IBM. T.J. Watson Research Center, Yorktown Heights, New York. He joined NUS in 1995, became Head of the Department of Computer Science in 1998, and Dean of the School of Computing from 2001-2007. His interests are in programming languages and applications, with emphasis on the logic and constraint programming paradigms. Amongst his main contributions are the principles of constraint logic programming, and the widely-used CLP(R) system. His current interests center around program analysis and verification, and the design of concurrent programming languages. He is an Area Editor for the ACM Transactions on Programming Languages and Systems, a former editor of the Journal of Logic Programming, the Constraints Editor for the journal Theory and Practice of Logic Programming (CUP), and an editor for the electronic Journal of Functional and Logic Programming (MIT Press) since 1994. He holds an IBM Outstanding Innovation Award, and an award from the Association of Logic Programming for the most influential paper for 1984-2004. He served on the program committee of and published in numerous international conferences on programming languages and theoretical computer science such as ICLP, ILPS, POPL, LICS, RTA, ICCL, CP, ICSE, IJCAI, PLDI.