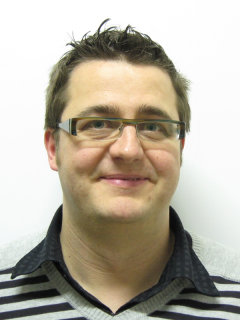 His research at Ghent University has been funded by the Fund for Scientific Research - Flanders (FWO), the European Commission, the the Agency for Innovation by Science and Technology (IWT), and several bilateral industrial collaborations. Since November 2013, Bjorn coordinates the European research project ASPIRE, which performs research into Advanced Software Protection: Integration, Research, and Exploitation. In the above areas, Bjorn published over 75 papers in international journals and conferences. He also participated in more than 20 program committees in these research areas. For his Master thesis (in collaboration with Mark Christiaens) on multimedia architectures, he won the yearly Barco Award for Graduation Dissertations 1998, awarded by the Fund for Scientific Research - Flanders. In 2013, Bjorn won a HiPEAC Technology Transfer Award. Before becoming a faculty member at Ghent University, Bjorn also lead the architecture & compilation team at IMEC (2005-2008), where the ADRES coarse-grained dynamically reconfigurable array architecture and its compiler were developed. He has also been a faculty member of the Vrije Universiteit Brussel (2008-2011), and he has spent some time (2002-2003) in the IBM T.J. Watson Research Center to collaborate Java whole program optimization with Frank Tip.